Changbin and Taichung Wind in Taiwan

South Pole | By harnessing the power of prevailing coastal winds to generate clean energy, the Changbin and Taichung wind farms power Taiwanese homes, while helping to expand Taiwan’s renewable energy industry. The project owner is helping boost sustainable development through a number of local initiatives, such as guided wind farm tours that raise awareness about climate change and pollution, supporting the elderly and a scholarship programme. 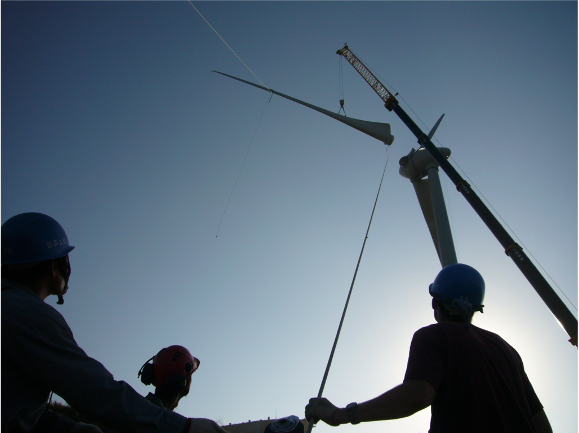 Despite strong coastal winds along its shoreline, the island ofTaiwan remains heavily reliant on fossil fuels, which make up over 75% of its total installed electricity capacity. Shifting towards sustainable energy is vital for Taiwan’s national security, and its economic and environmental prosperity.

This project harnesses the strong prevailing winds along Taiwan’s west coast. The wind farms consist of 62 wind turbines that generate over480,000 MWh of clean power on average each year, which is supplied to the local electricity grid.

As well as contributing to global climate change mitigation efforts through emission reductions, the project is engaged in several activities that help to preserve the local ecosystem such as regular beach clean ups and guided tours that raise awareness about climate change, pollution and other environmental issues. The project has also supported the reforestation of 2,400m2 of land, which is encouraging local biodiversity..