To fight climate change, not only is it vital to cut emissions but, on top of it, we must also remove CO₂ from the atmosphere. Climeworks' "direct air capture" technology removes carbon directly from the air and puts it back underground, turning it into stone and permanently binding the carbon. 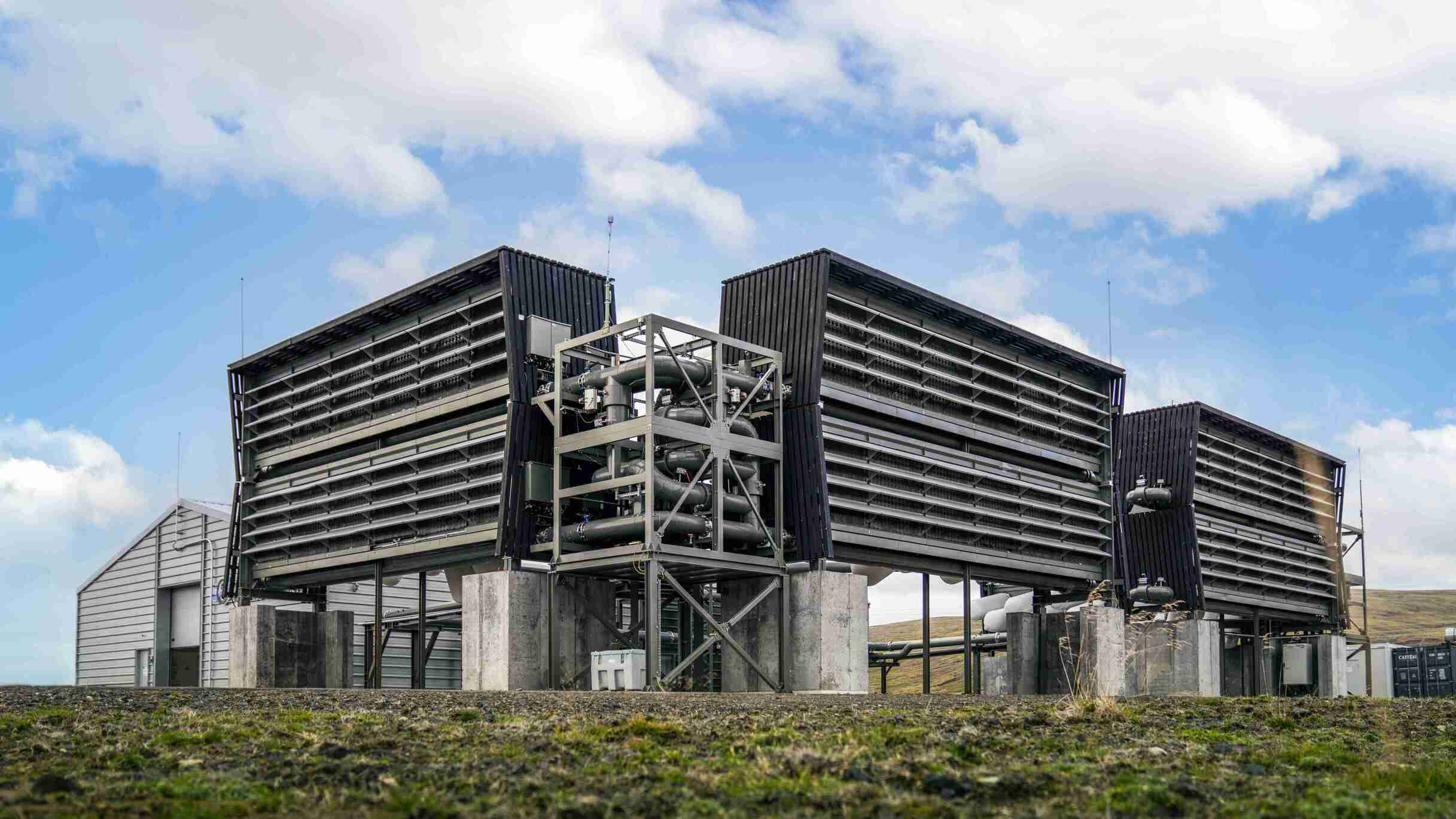 In contrast to offsets, which typically prevent additional CO2 from entering the atmosphere, Climeworks’ carbon dioxide removal physically removes emissions from the air that have already been emitted. This is crucial for the world to achieve net-zero emissions by 2050, because carbon dioxide removal helps to address CO2 emissions that are extremely hard to avoid (residual emissions) or that have accumulated in the atmosphere over decades (historic emissions). Direct air capture and storage is one of the most scalable carbon removal solutions and is expected to remove up to 310 billion tons of CO₂ by 2050.

In Iceland, Climeworks operates the world's first commercial, large-scale direct air capture and storage plant, called Orca. In June 2022, they announced the groundbreaking of Mammoth, their second commercial facility in Iceland. This is how the process works:

2. When the filter is completely full of CO₂, the collector closes, and the temperature rises to about 100°C (a very low temperature if we think that it is the same temperature that it takes to boil water to make a cup of tea!) – which causes the CO2 to detach from the filter and it can be collected.

3. The CO2 is then delivered to Climeworks’ storage partner Carbfix for permanent CO2 mineral storage underground, where it turns into stone and is removed for good.

The permanence of this carbon dioxide removal solution is unique and thanks to the engineered process it can be exactly measured how much CO2 is removed from the air. Climeworks’ machines consist of modular CO₂ collectors that can be stacked to build machines of any capacity. Consequently, their direct air capture machines do not compete with agricultural land because they are location independent and require a relatively small surface area.

The Climeworks direct air capture technology runs exclusively on clean energy, and grey emissions are below 10%, which means that out of 100 tons of carbon dioxide that our machines capture from the air, at least 90 tons are permanently removed and only up to 10 tons are re-emitted.

Founded by engineers Christoph Gebald and Jan Wurzbacher in 2009, Climeworks is on a journey to climate impact at scale. To do so, it strives to inspire 1 billion people to act and remove CO2 from the air.