Carbon Footprint | The project aims to disseminate over 8,000 improved energy-efficient cookstoves to homes in Malawi. The stoves are more efficient and use less wood for household cooking and heating than traditional stoves. 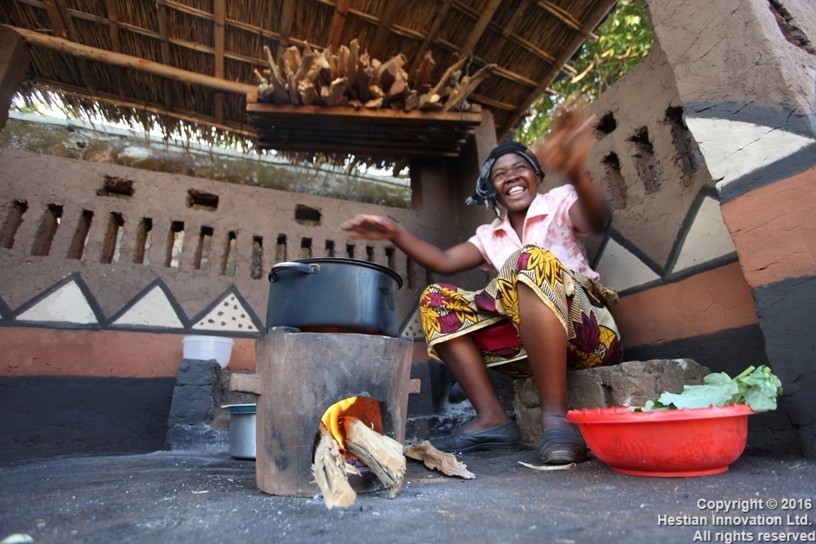 Malawi is classed by the United Nations as a Least Developed Country (LDC). The economy is heavily based on agriculture, and it has a largely rural and rapidly growing population.

The project promotes improved kitchen and firewood management practices e.g. use of less firewood, use of dry firewood, using a pot lid while cooking and soaking legumes before cooking to households in the Northern, Central and Southern Districts of Malawi. The improved technology and practices are intended to replace less efficient technologies and practices and result in biomass conservation and a reduction of greenhouse gas emissions into the atmosphere from the burning of solid biomass.

Ancillary benefits include reduced smoke during cooking, which reduces exposure to health damaging pollutants and reduced time and effort procuring wood fuel. The stoves are attractive to end-users and can result in quicker cooking times. The stoves are locally made using local materials wherever possible, resulting in local income generation and the acquisition of new skills for local people.

The project targets low-income Malawian households. Almost all firewood users in Malawi (91%) use 3-stone stoves for domestic cooking and heating that are not fuel efficient, produce a lot of smoke and are the source of many injuries and accidents. It is estimated that less than 0.5% of the population are using any sort of improved biomass stoves, and many households, particularly in rural areas, collect fuel for cooking at little or no financial cost.

It is estimated that over 97% of Malawian households use solid fuel as their primary source of energy (87.7% use firewood, 8.9% charcoal and 0.8% crop residue).