myclimate | The project engages the local population of a coastal region in Myanmar to restore degraded mangrove ecosystems. The aim is to create healthy mangrove forests that take up carbon, protect the population from natural disasters and conserve biodiversity by representing a key habitat for endangered species. 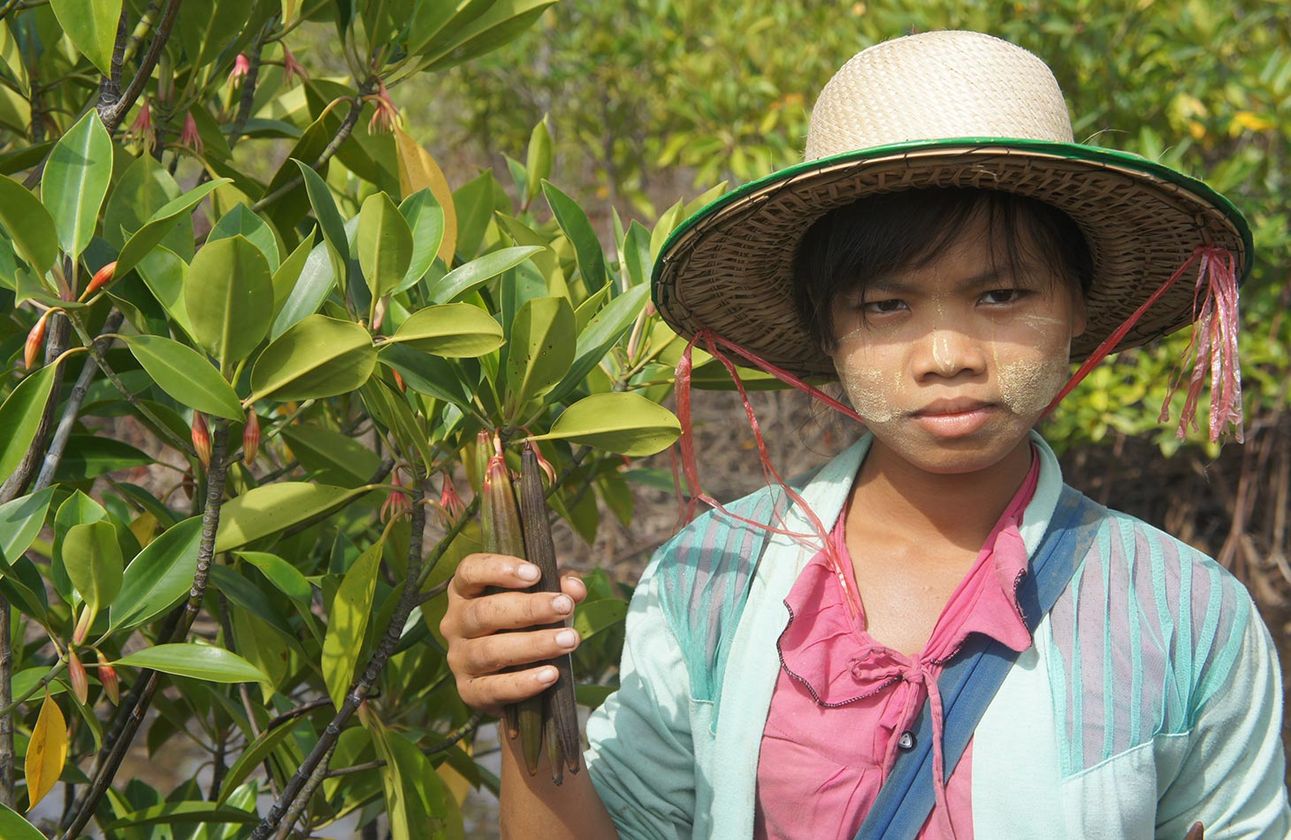 The mangrove ecosystems in the Ayeyarwady Delta in Myanmar have experienced continuous deforestation since the 1980s, resulting in a loss of over 80 percent from the original cover. The mangroves are being cut down to make way for shrimp and rice cultivation, charcoal production, and palm oil plantations. This is exacerbated by the economic hardship of the local population: 60 percent of villagers have no steady job and many of them cut down trees to make a living.

However, healthy mangrove ecosystems play a key role in protecting coastal communities from extreme weather events such as hurricanes, conserving fish stocks and reducing CO2 emissions. Without action, mangrove forests are expected to disappear completely, further increasing the population's vulnerability to natural disasters and negatively impacting the local economy. The community-based project helps low-income families from three villages. In this region, over nine million mangroves will be planted to restore more than 2,100 hectares of degraded land.

The sustainably restored mangrove ecosystem has numerous benefits: First, it sequesters carbon. Second, it protects and enhances biodiversity. For this purpose, the first mangrove gene database with 64 species will also be established. This protects endangered species such as dugongs (manatees) and sea turtles, and restores the habitat of wild elephants. Third, it reduces the risk of natural disasters by stabilizing the coastline, protecting adjacent villages from cyclones and tsunamis. Finally, poverty is reduced through new sources of income: Small-scale fishermen benefit from increased fish stocks, which secures their traditional source of income.

In addition, education is improved by equipping schools with solar panels and computers, and by providing training. A particular focus of the project is the empowerment of women, who are trained and supported in activities such as shellfish culture, clothing making and natural textile dyeing. In addition, scholarships are provided for girls and young women from poor families in the project region to attend school through university.

The project is implemented together with Pathein and Myeik University. This ensures professional scientific monitoring and solid implementation of the gene database. The funds for the CO2 certificates flow back to the communities, for example in the form of support for future-proof local businesses, educational scholarships, solar cells for schools and solar lamps for households.