Moors store an enormous amount of carbon and form biodiversity hotspots. In Switzerland, many moors are protected but are in poor conditions due to a lack of funding. Thanks to the rewetting measures carried out through this project, large quantities of carbon can be recaptured in the soil. 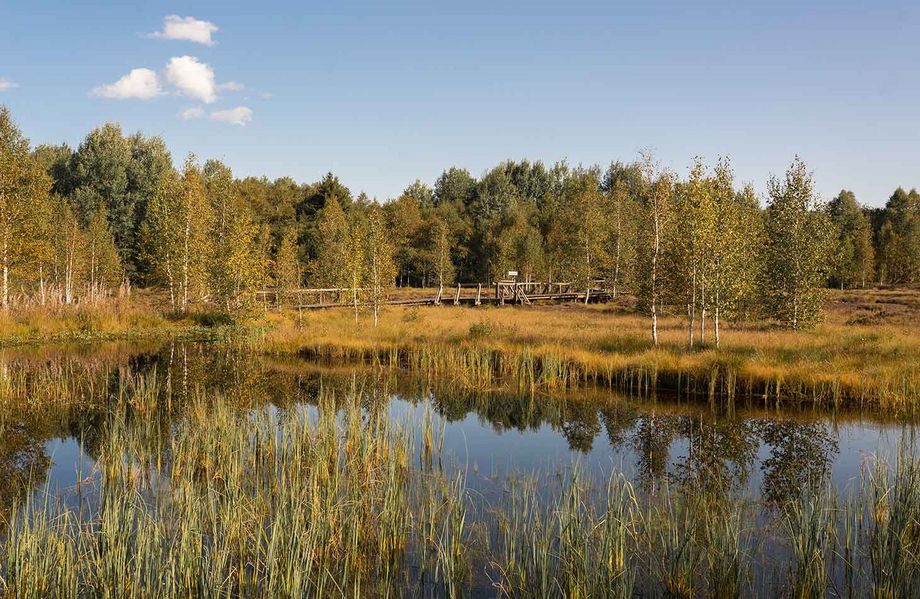 Moors are enormous carbon stores and form biodiversity hotspots: Globally, peatland soils store 30% of soil carbon, even though they cover only 3% of the land. The special organic substance that comprises moorland soil developed over thousands of years. However, when dried out, moorland soil releases huge volumes of climate damaging greenhouse gases. In the past, peatlands were drained for agricultural and forestry use or to extract peat. As a result, huge amounts of CO₂ escape from the drained peatlands. To stop the emissions, so-called rewetting is urgently needed. In such renaturation, drainage ditches are removed, thus restoring the natural water balance of the peatlands.

In Switzerland, many moors are protected but are nonetheless in poor condition due to a lack of funding. Thanks to the rewetting measures carried out through this project, large quantities of carbon can be captured in the soil. The implementation of raised bog renaturation as a climate protection project is possible thanks to a new methodology developed by the Swiss Federal Institute for Forest, Snow and Landscape Research WSL, which estimates the amount of CO₂ emissions avoided through renaturation.

Healthy moors are not only powerful carbon sinks, they are also biodiversity hotspots. As water-rich ecosystems they provide habitats for rare and even endangered plant and animal species. A renaturation also improves flood protection, water pollution control, the microclimate and the landscape. It offers the local population a place for relaxation, and the funds invested in the renaturation are primarily used to engage regional businesses to carry out the necessary work.