The wind turbines are placed along the shores of Lake Nicaragua, where the wind is the strongest to efficiently deliver renewable power to the national grid. Carbon finance supports all steps of the project, from development, design, engineering & financing, to construction, operation & maintenance. 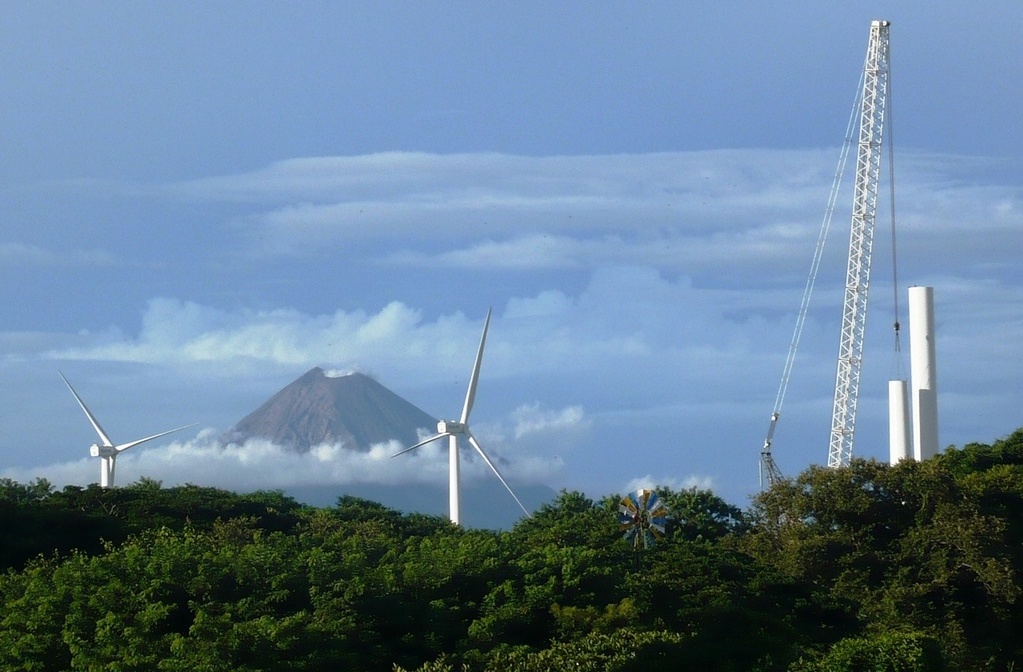 The major goal of the Amayo Wind Power Project is to use the wind as a zero emissions, renewable energy source and to deliver the power at an affordable price to Nicaragua’s power grid. The wind turbines are placed along the shores of Lake Nicaragua in the Southwest of the country, a region that is particularly known for its windy weather. Nineteen 2.1 MW wind turbine generators, with a combined annual power output of 39.9 MW will deliver an anticipated annual net amount of electricity output of around 169 GWh. Amayo’s power plant facilities are involved in the project activities at every level, including development, design, engineering, finance, construction, operation, and maintenance.

The baseline scenario (the scenario that depicts the anthropogenic emissions of greenhouse gases (GHG) that would take place in the absence of the proposed project activity) corresponds to the National Electric Grid's continued operation before the project activity began: The National Interconnected System, or "NIS," of Nicaragua was mostly made up of thermal power facilities. The direct burning of either fuel oil or diesel accounted for 63% of the grid's effective capacity. In addition, thermal plants supplied 74% of the NIS generation. Renewable energy shares in the national energy mix were much lower: just 11% for hydro, 7% for geothermal, and 8% for cane bagasse. As an outcome of the project, the NIS will be able to lower the amount of generation necessary from polluting and expensive fossil fuel facilities thanks to the less expensive and cleaner energy source of wind power.

In addition to adressing Climate Action, the projects covers the 5 other Sustainable Development Goals (SDGs):

Climate Impact Partners delivers solutions for action on climate. In cooperation with the world’s leading companies and quality project partners, Climate Impact set the ambition to reduce 1 billion tonnes of CO2 by 2030.

In a merger between Natural Capital Partners and ClimateCare, two businesses that have pioneered the voluntary carbon market are combined to become Climate Impact Partners. This draws on their combined expertise, integrity, and innovation. The international team continues to pioneer the market's growth and establishes standards for excellence that will maximize the market's effect, driven by an unrelenting desire for quick action and results.