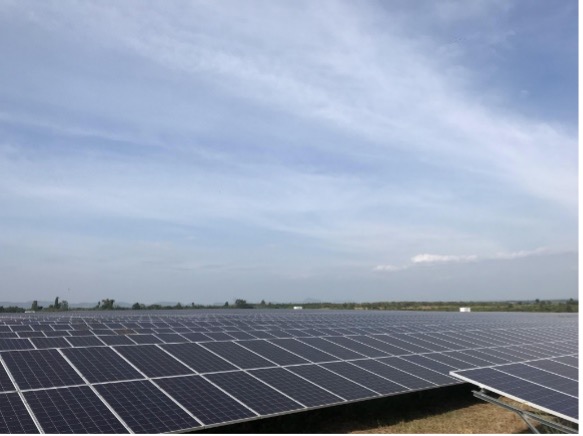 The purpose of this project is to generate clean form of electricity through renewable solar energy source. The net electricity generated from this project (annual estimated electricity output is 75,606 MWh) is supplied to the national grid via the transmission line. The Srepok 1 solar power plant will use Polycrystalline panels to recover solar radiation. Polycrystalline modules are the most commonly used technology in commercial and industrial solar projects. Solar panels used in the project are imported from China, with a lifespan of 25 years.

Prior to the implementation of the project activity, electricity in Vietnam was produced mainly from fossil fuel sources and solely distributed to customers through the unique national electricity grid managed by Electricity of Vietnam (EVN).

The expected CO2e emission reduction from the proposed project is 64,206 tCO2e annually and 642,060 tCO2e in total over the first 10 years crediting period.